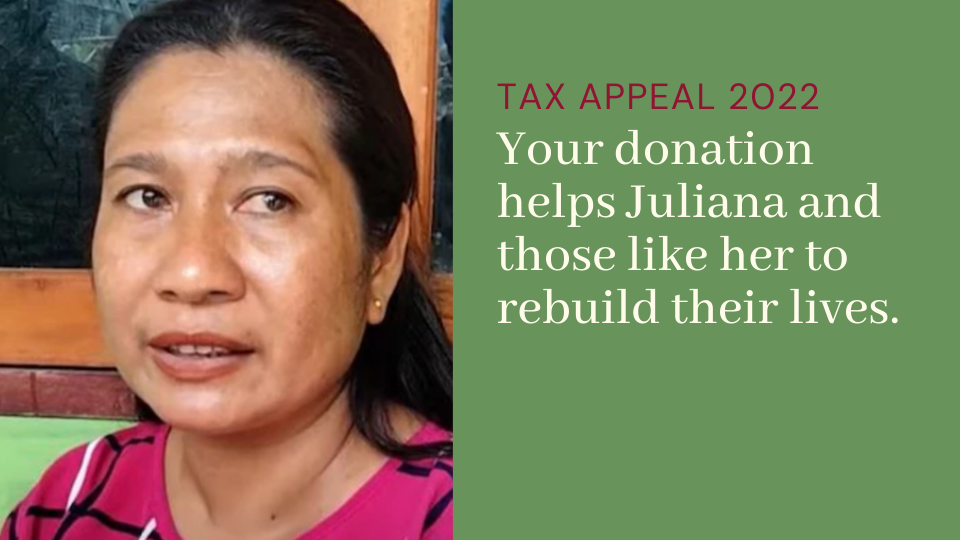 Juliana dos Santos’ story shows the importance of each and every program at Fundasaun Alola.

Many of you are aware that Juliana dos Santos (Alola) has returned to Timor-Leste after spending 22 years held captive in West Timor as a “trophy” of war. It was Juliana’s experience that first inspired me to create Fundasaun Alola to focus on the safety, resilience and empowerment of women and children in Timor-Leste.

Juliana’s family will never forget the day she was first lost to them. Timor-Leste had bravely voted for independence after a month-long campaign of terror, destruction and murder conducted by the Indonesian military and their East Timorese militia proxies. In the ensuing violence and shortly after the murder of her brother, fifteen-year-old Juliana was taken against her will by a member of the Indonesian militia. 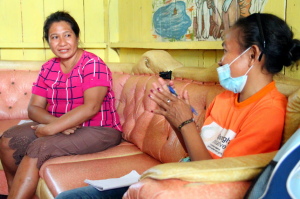 Juliana receiving support from Fundasaun Alola, the organisation named in her honour.

Juliana was taken to Betun in West Timor by her captor Egidio Manek and forced to live as his wife. She was subjected to mental, physical and emotional abuse and denied access to financial resources and the ability to earn her own money. Juliana gave birth to three children. While she was allowed to return to her home of Suai when there was a death in her family, her children were kept in West Timor to ensure she returned. As Juliana’s children grew older, they became more and more aware of the terror that their mother lived in at the hands of their father. Eventually, after their father threatened to stab their mother to death, Juliana’s children persuaded her to flee.

Despite what she suffered over decades, Juliana was able to summon the bravery and strength she needed to make it to the border of Timor-Leste. She waded through crocodile-infested waters for hours, hunted by Indonesian soldiers and members of her husband’s family. In Suai she was embraced by a family who had never stopped wishing and praying for her return.

Juliana is one of hundreds of Timor-Leste’s ‘stolen children’ and one of thousands of women and girls abducted and subjected to horrific sexual abuse. Many abducted women and children were murdered and found in mass graves. While the exact number of those abducted or murdered will never be known, subsequent inquiries found that Indonesia’s security forces and the militia groups they controlled, carried out widespread and systematic sexual violence in Timor Leste. The ripple effects of these atrocities continue throughout Timor-Leste. You can read more about Juliana’s heroic escape to freedom in this recent ABC story by Anne Barker here

Your donation helps Juliana and those like her to rebuild their lives.

Juliana is not alone in her heroism. Many women who were also taken to West Timor have also managed to return home, many of them with children born from rape. Each of these women needs assistance in establishing, and building, their social and economic strength. This is a complex task, and one that often draws on each of Fundasaun Alola’s programs: Advocacy, Education, Economic Empowerment and Maternal and Child Health.

Juliana, for instance, hopes to establish her own source of income, either by working with local organisations or establishing a kiosk. It is her dream to contribute financially to her family while she works towards having her children join her in Suai. Fundasaun Alola’s Economic Empowerment program exists to help Juliana, and those who share her experiences, to recover and to thrive.

Your donation will help give Juliana and women like her an opportunity for economic independence: to work and educate her family, and importantly to also contribute to the development of her country.

Not only do these supports help women support their families, but it also gives something equally important – hope.

How to contribute:
Donations above $2 are tax deductible.
There are a number of avenues to make a contribution:

The women and children of Timor-Leste need your support. Safety, resilience and empowerment – these women deserve no less.

With thanks for your support, friendship and solidarity. 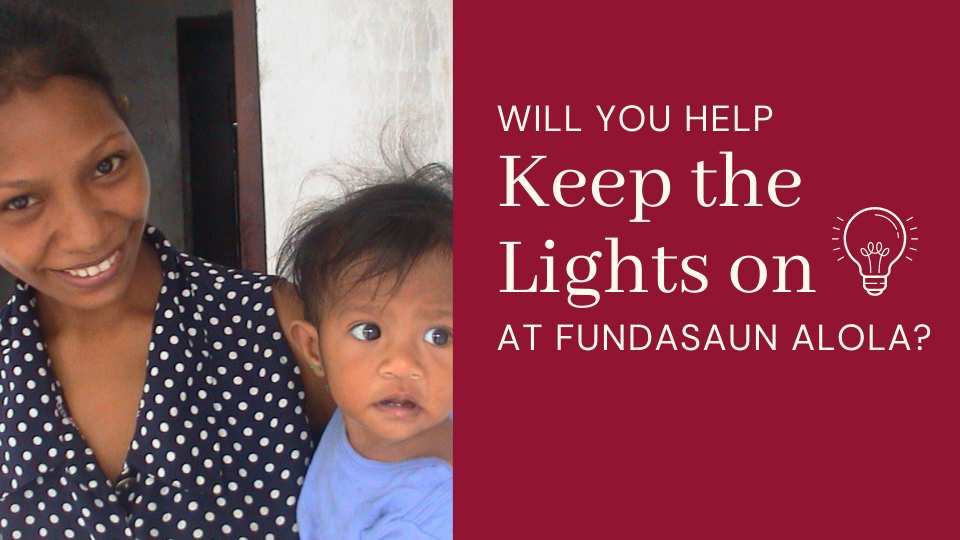 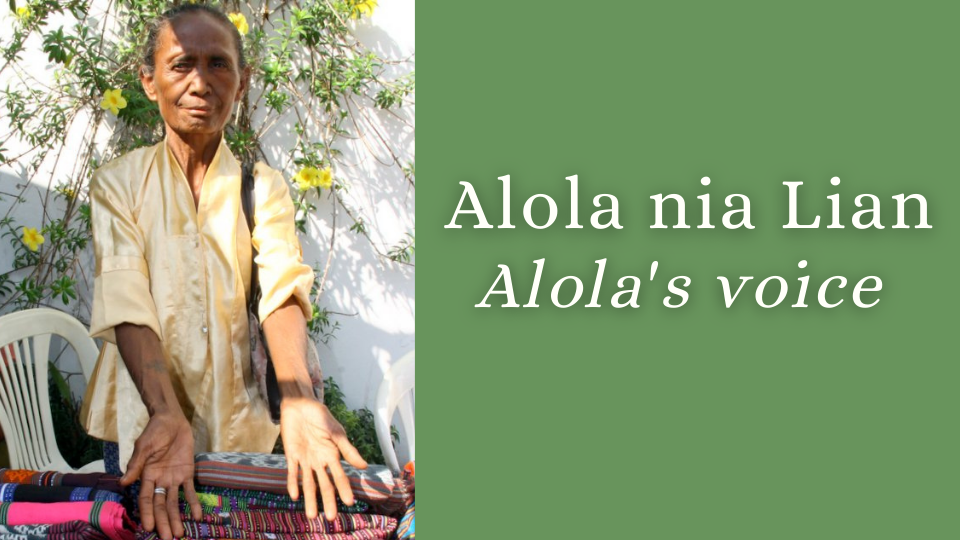 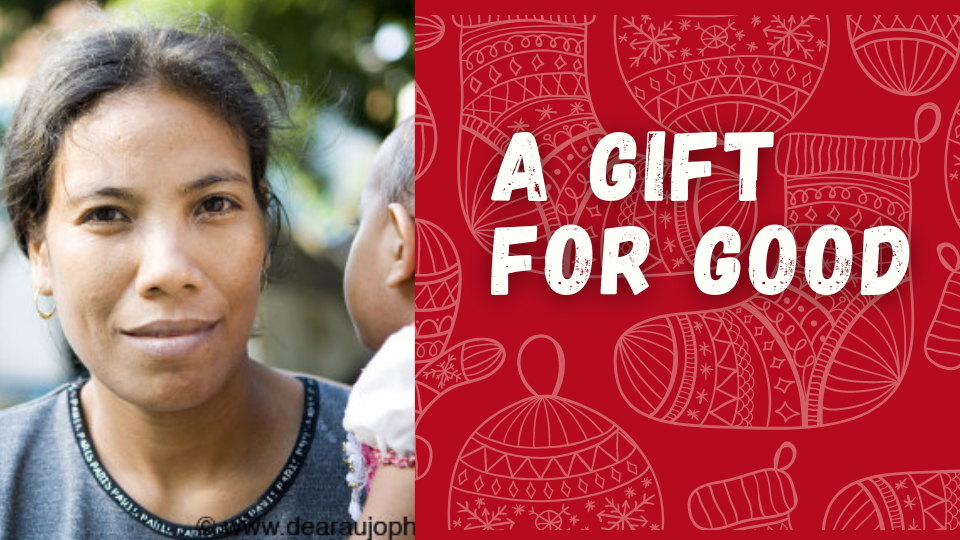